NCA in the News 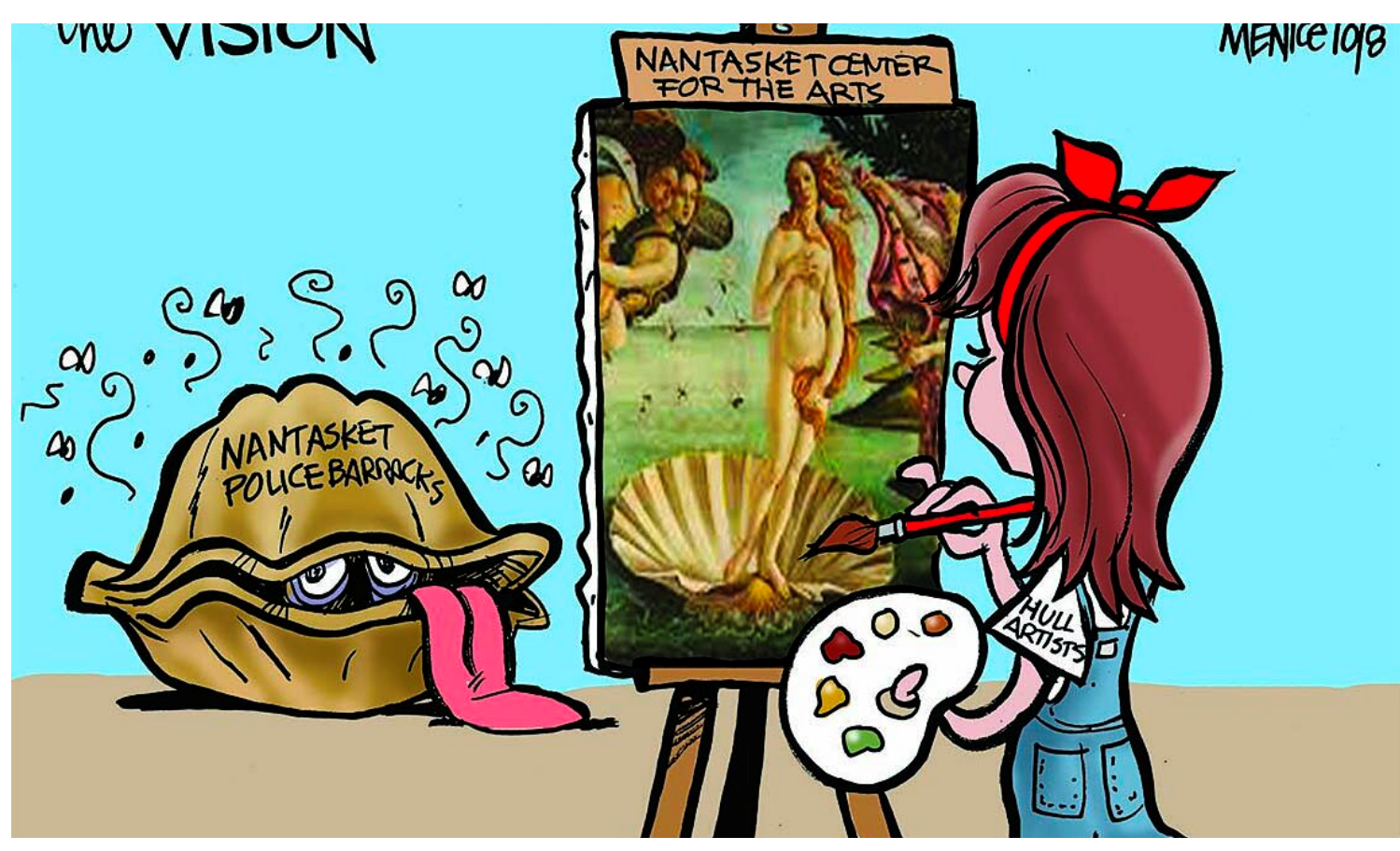 The following news items are listed from present to past

Jack Conway Realty and The Hull Chamber of Commerce gave Hull Artists the two checks that move us much closer to our dream of creating the NCA. Below is an article from the Conway Newsletter and a photo of Adrienne Muir, President of the Chamber, handing over the check to Bart Blumberg, president of Hull Artists. 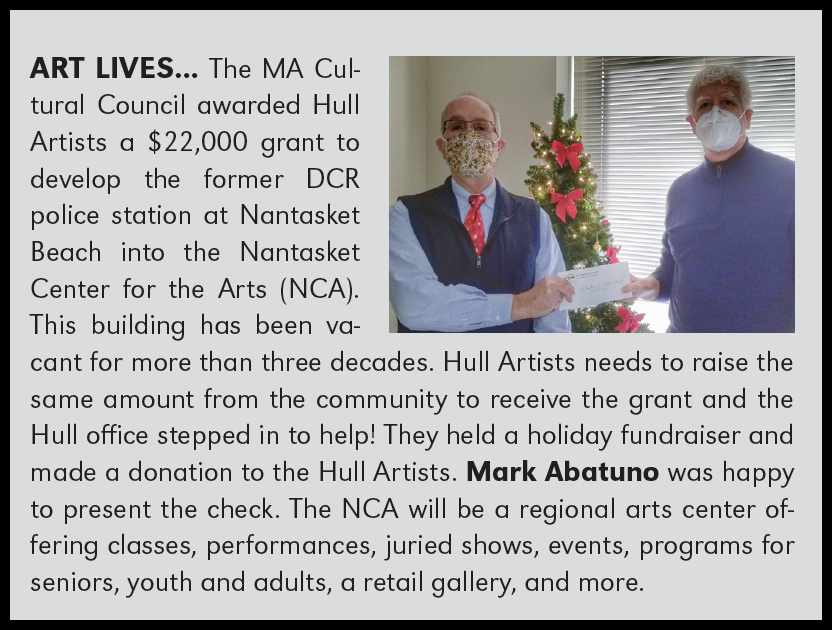 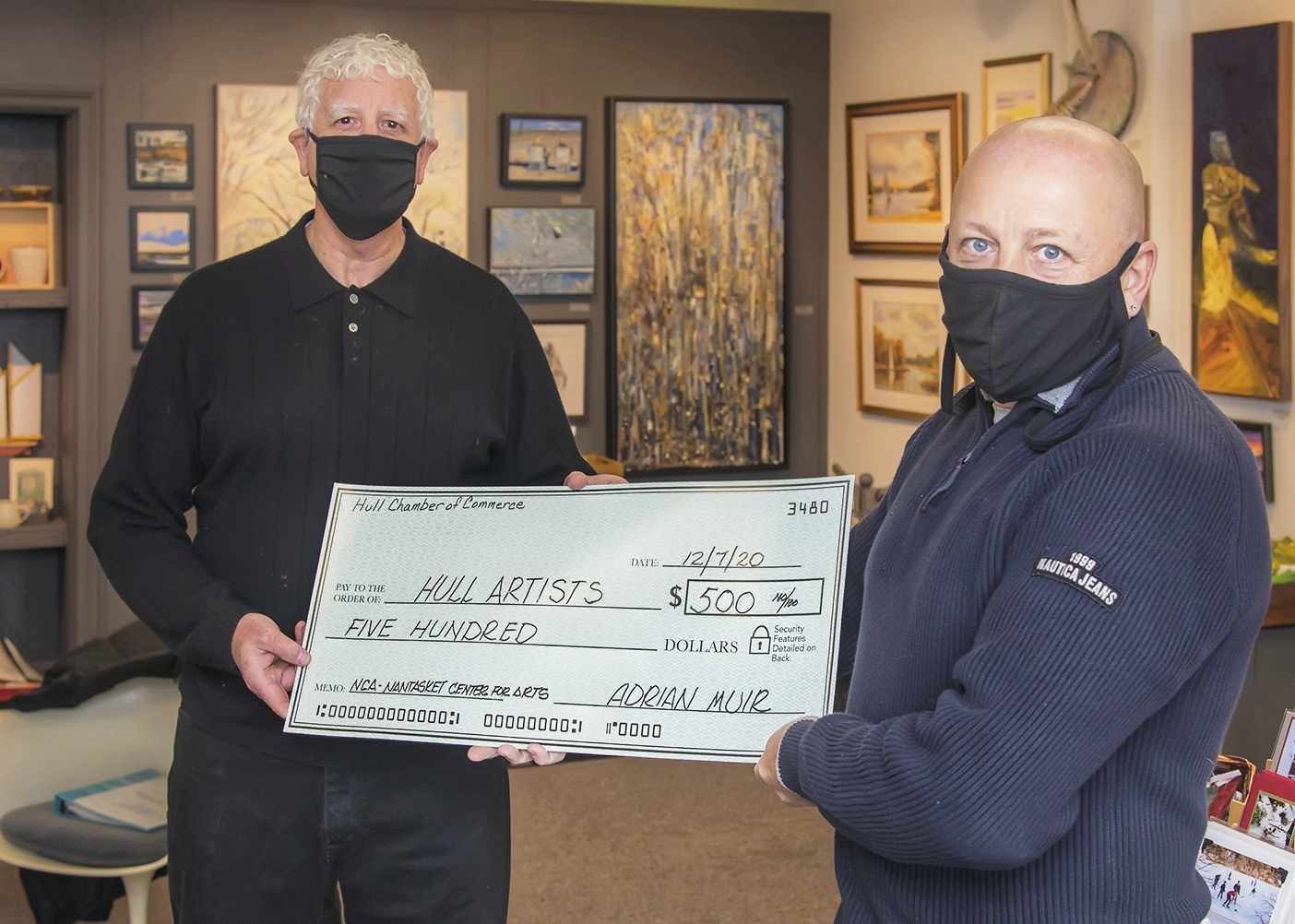 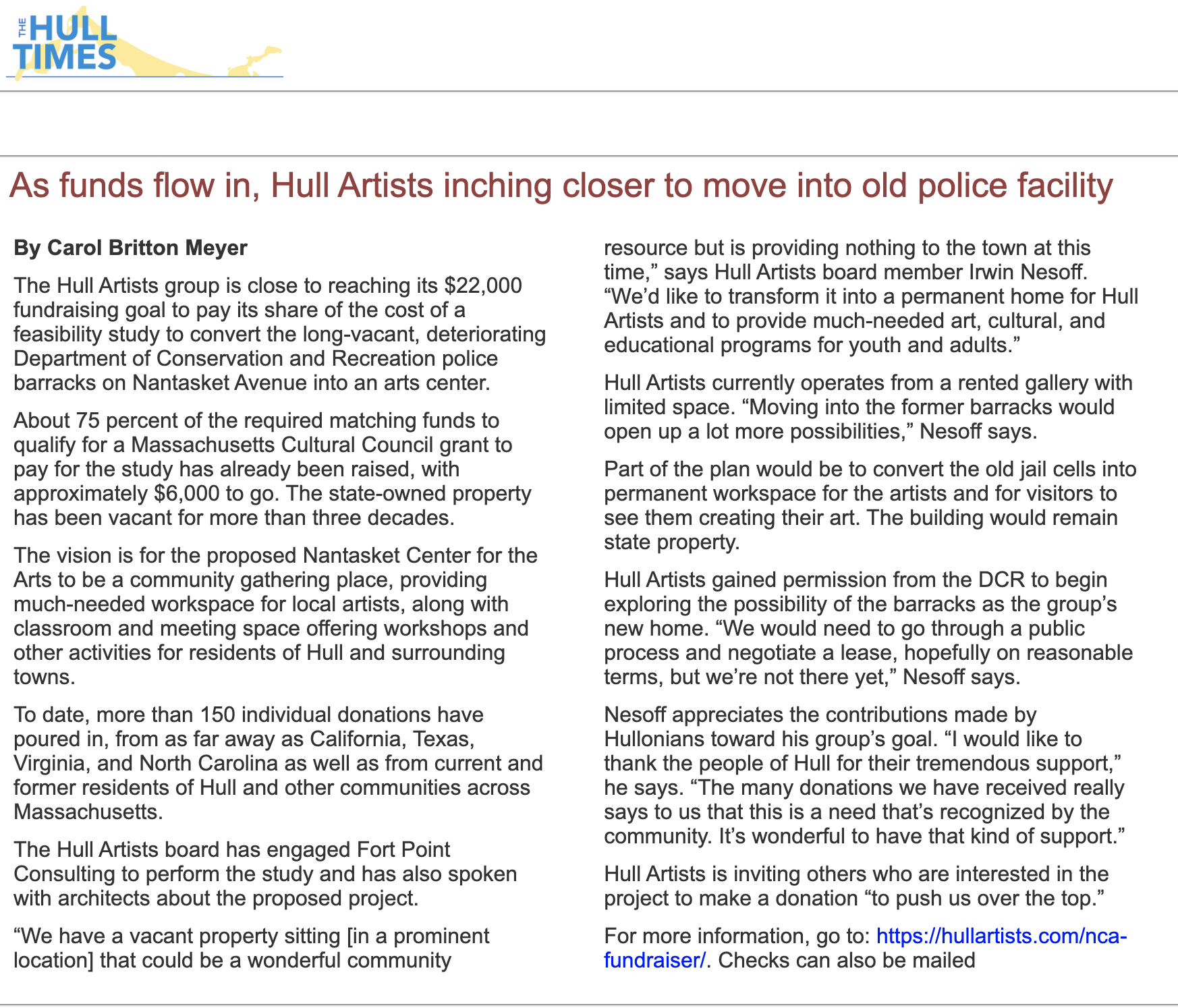 NCA has a new Billboard!

A digital billboard about Nantasket Center for the Arts was jut put up on Route 3 north toward Boston just after exit 15.  The advertising space was created and donated by John Mahoney of Out Front Media, for which we are very thankful for his support.
The images are by HA members Susan Hagstrom (photo) and Judith Green (painting) 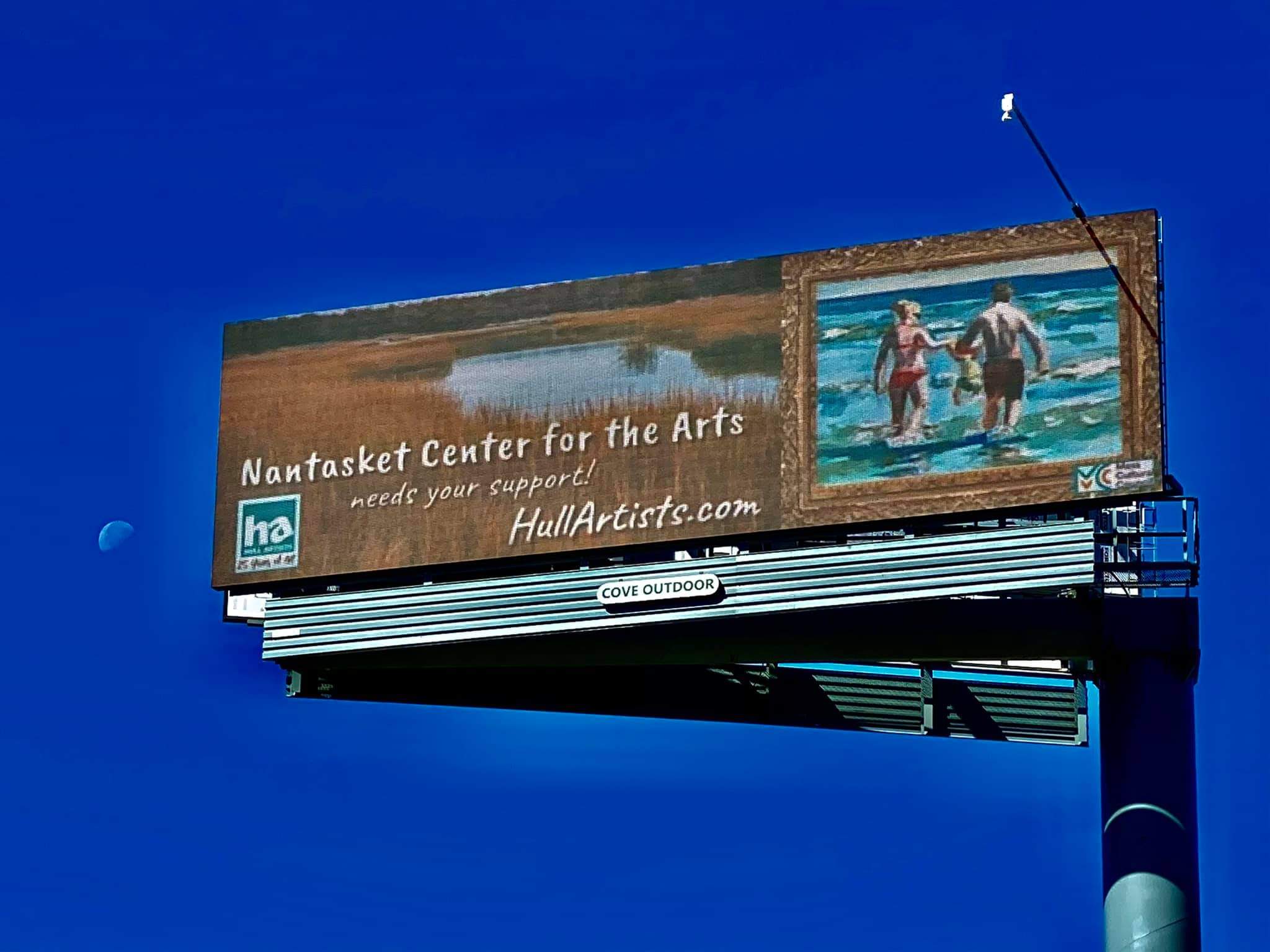 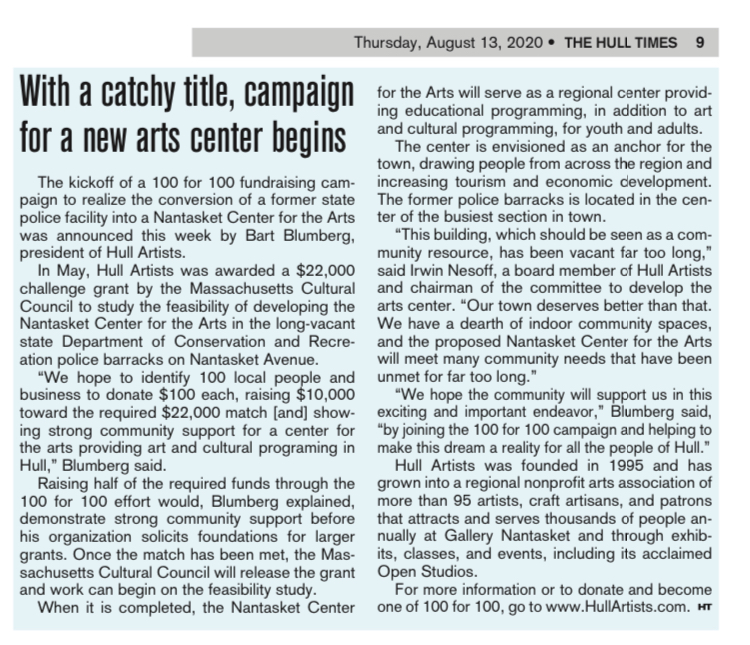 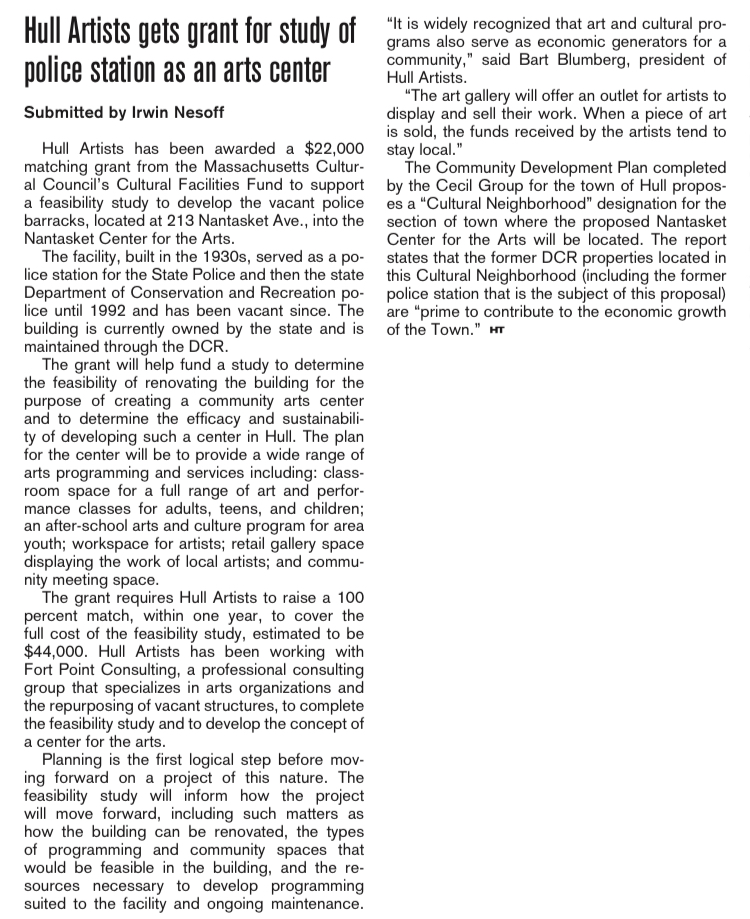